As a linguist I am excited about the beauty and dignity of languages across the globe. I have worked in remote parts of Northern Australia documenting the highly endangered languages MalakMalak, Matngele and Jaminjung. In North America, I have been involved in language revitalization projects for the Acoma, Ute, Stoney Nakoda, Ho-Chunk and Cowlitz tribes and First Nations. I believe that the languages of the world hold invaluable treasures to understanding human culture and mind and as such should be documented, treasured, and preserved for generations to come. 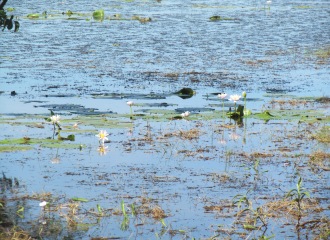 I am interested in how and if the environment we live in can influence the way we perceive the world, talk, or even tell stories. My research is concerned with approaches to grammar and discourse that combine descriptive and documentary elements of linguistic research with functional and typological theoretical implications for language use. My work is…

END_OF_DOCUMENT_TOKEN_TO_BE_REPLACED

The study of linguistics provides unique insight into the very nature of what it means to be human: communication and thinking are part of everyday life, but the complexity and breadth of what is covered and achieved by ‘language’ is baffling. Exploring this field from many different angles is what drives me in my research…

END_OF_DOCUMENT_TOKEN_TO_BE_REPLACED 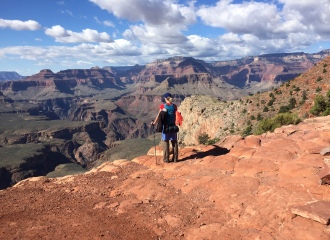 When I don’t teach, study or am otherwise very seriously engaged, I enjoy volleyball of all shapes and types, (marathon) running, skiing, and hiking across national and state parks, especially my own backyard in the rainforests, mountains and wild coasts of Olympic National Park in Washington and the enchanting landscape of the Taos Mesa in New…